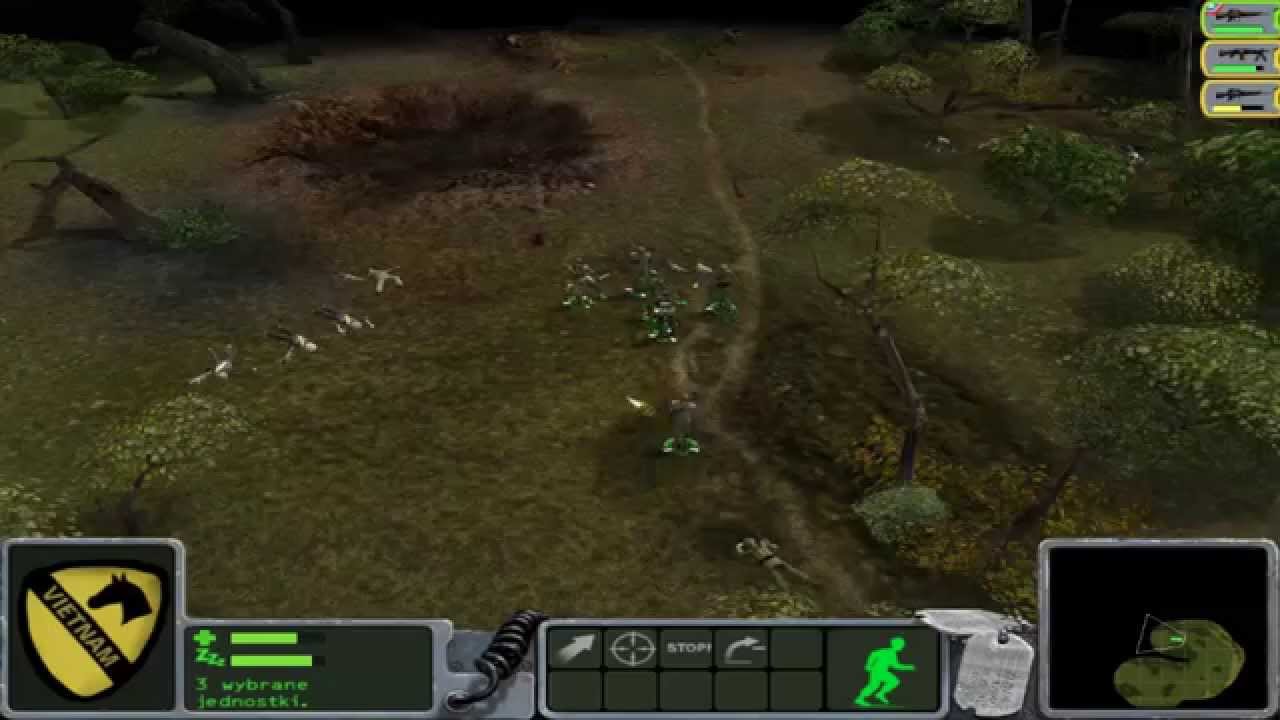 A game from Digital Reality from Reunion/Hegemonia fame, made its own take on Vietnam … dunno about the curse around it … you know everything that speaks/shows/plays in Vietnam is a flop … movies flopped (except one : Rambo) … games flop ( a fine example is MADEMAN great game, but it flopped in sales 🙁 )… books also … and it does not matter if they are good, or not … they just do not sell … guess it has something to do with the American culture and those hate/love times…on one side you had the Flower Power people (hippies) and on the other the G-men war vets … and the Nixon Administration that lied and cheated … yeah, its all fault of Tricky Dick and its Watergate scandal … people just want to forget …

So, what we get is a mediocre RTS about Vietnam… that has 15 missions , each take from 4 to 6 min to complete … is this game worth your time … if your mental, then yes … its one of those RTS that you cannot heal units (or make any)… its one of those game that wanted to be a adventure/story book with people that point and shot … but became a boring RTS … hey kid look at the bright side ,it has nice music ….but, that’s all you can get from it