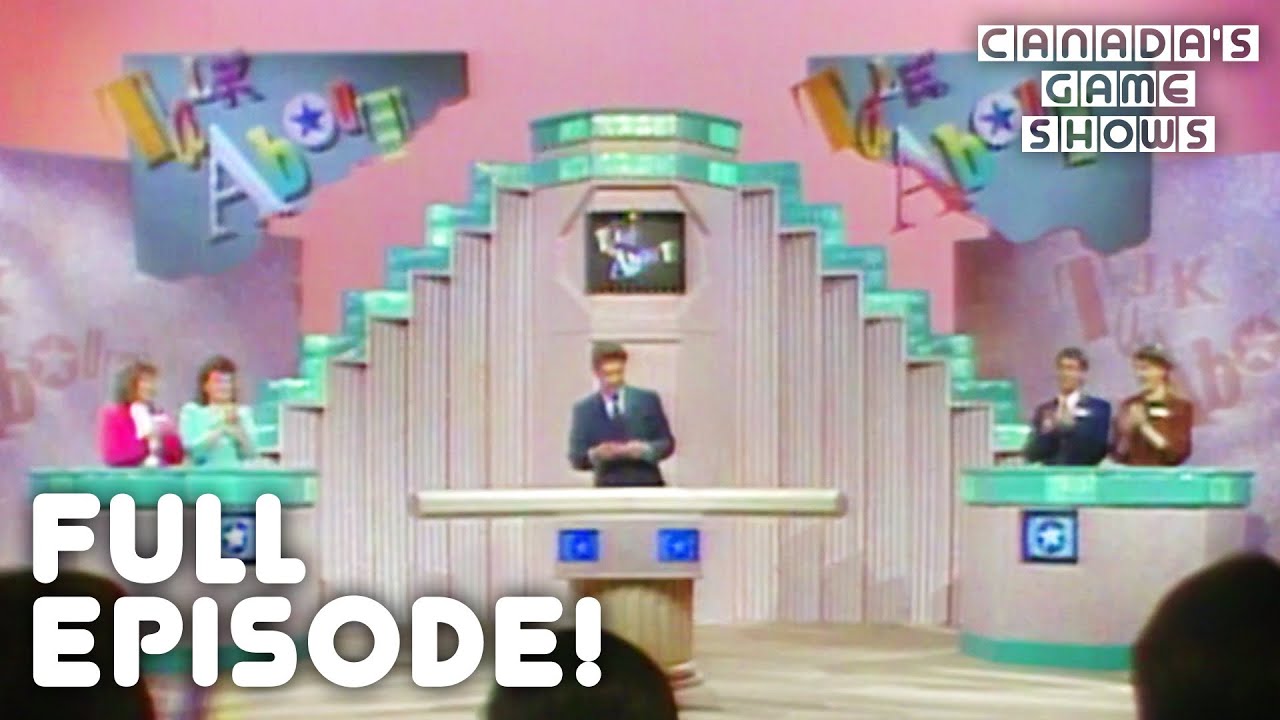 “Talk About” was based on a simple premise but its universal appeal made the Canadian game show a hit both at home and abroad.

It featured two teams of two talking about random topics and competing for cash and prizes, which included a grand prize of $10,000 if teams could win five games.

One team would choose one of two topics (like apples or cows) and try and guess as many clue words on the board as possible in 20 seconds. The opposing team (who was sequestered) would return and have to guess what the topic was from the remaining words. The more words the first team got, the harder it was for the opposing team to guess.

It was a surprise international hit and adapted in many places around the world including the UK, Ireland and Sweden. Host Wayne Cox chalks it up to how easy it was to play along at home.

“We found people at home were yelling their suggestions at the TV screen. ‘You didn’t say orchard! Say stem, say peel!’” recalls Cox. “That playability enabled the show to do very well.”

“Talk About” ran from 1989 – 1990 and was a co-production between CBC Television and an American production company called D.L. Taffner, which also aired the show on Fox in the U.S.

A “Talk About” board game and computer game were also released.

Fun Fact: Canadian magician and illusionist Shawn Farquhar made his first TV appearance as a contestant on “Talk About” in 1989.

“The Search for Canada’s Game Shows” is narrated by Wayne Cox, the host of fan favourites like “Acting Crazy,” “Talk About” and “Second Honeymoon.” Join us on January 16th at 7 PM for a special two-episode premiere!