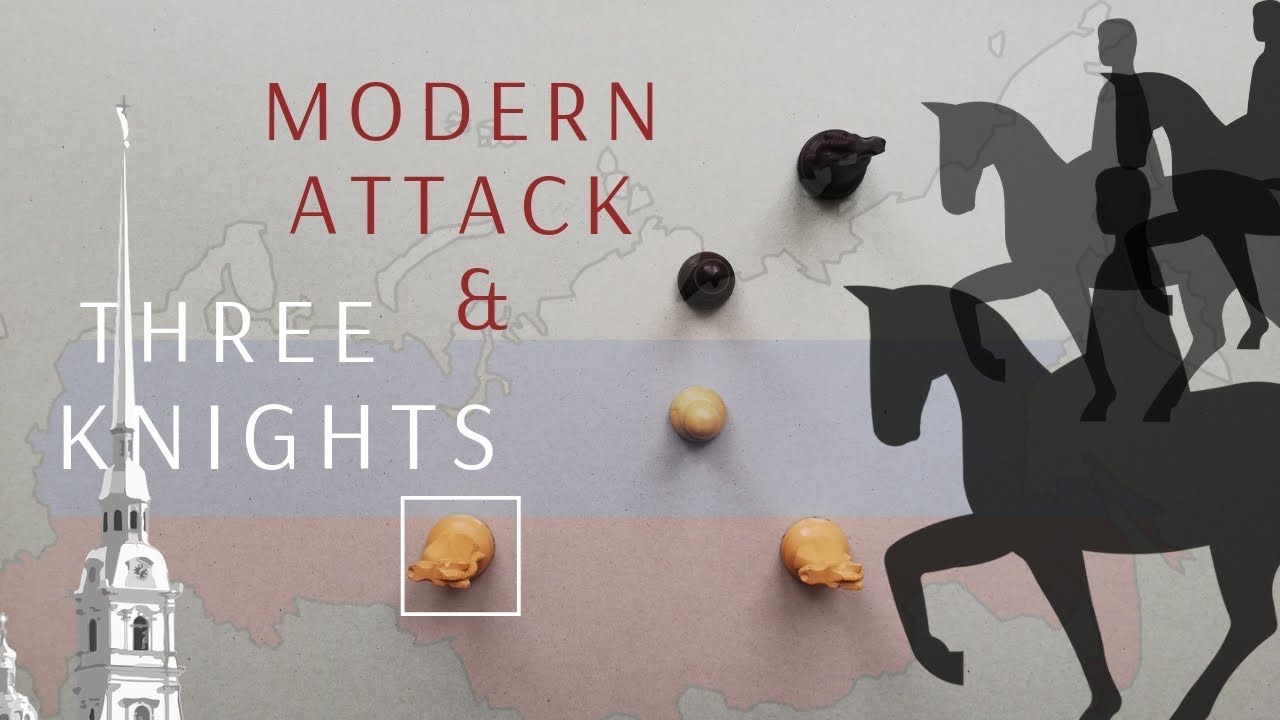 Two interesting ways to avoid taking the e5 pawn and playing the main lines of the Petrov Defense.

For an introduction to the Petrov Defense, watch this video on the basics:

To finish the series on the Petrov, I have covered two sideline variations white can choose on move three to avoid entering the theoretical positions.

The modern attack is a visually aggressive alternative to Nxe5. White plays d4 early on, breaking up black’s control in the center and hoping to seize the initiative by developing quickly. In some way, it makes more sense than the main line.

Black can already play an inaccurate move here if he is unfamiliar with the variation. On the other hand, it’s easy to learn for white, and it can be used as a simple surprise weapon.

The resulting middlegame positions seem to favor white (although they are not winning or anything).

The move 3. Nc3 is basically an invitation to the four knights game which is entered if black continues with Nc6. In that case, it’s no longer the Petrov. If black chooses Bb4, though, he is still in the opening he chose on move 2.

The lines after Bb4 seem very equal and sort of boring. They most often result with white having the bishop pair and doubled pawns on the c file as compensation for black. Even though that is an imbalance very welcome in the Petrov, I don’t think it’s enough for white. That’s why I think that the Three Knights are not as good as the Modern Attack, and if you want to surprise black, 3. d4 should be your weapon of choice!

If you would like to support the channel and my quest to chess improvement, you can donate here:

Any support is greatly appreciated! Thank you!

The next tournament abroad I plan to play is at the start of July in Slovenia.

Thank you for the support so far!