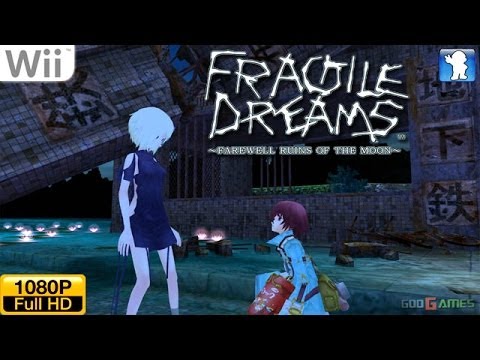 Fragile Dreams: Farewell Ruins of the Moon (フラジール ～さよなら月の廃墟～ Furajīru: Sayonara Tsuki no Haikyo?) is a role-playing video game for the Wii developed by Namco Bandai Games in co-operation with Tri-Crescendo. The game was released by Namco Bandai Games in Japan on January 22, 2009. It was later published by Xseed Games in North America on March 16, 2010, and in Europe by Rising Star Games on March 19, 2010.

Enhanced graphics with emulator Dolphin.For recording I used a Live Gamer HD Capture Card.
-some games can have graphical issues, lags and other problems…