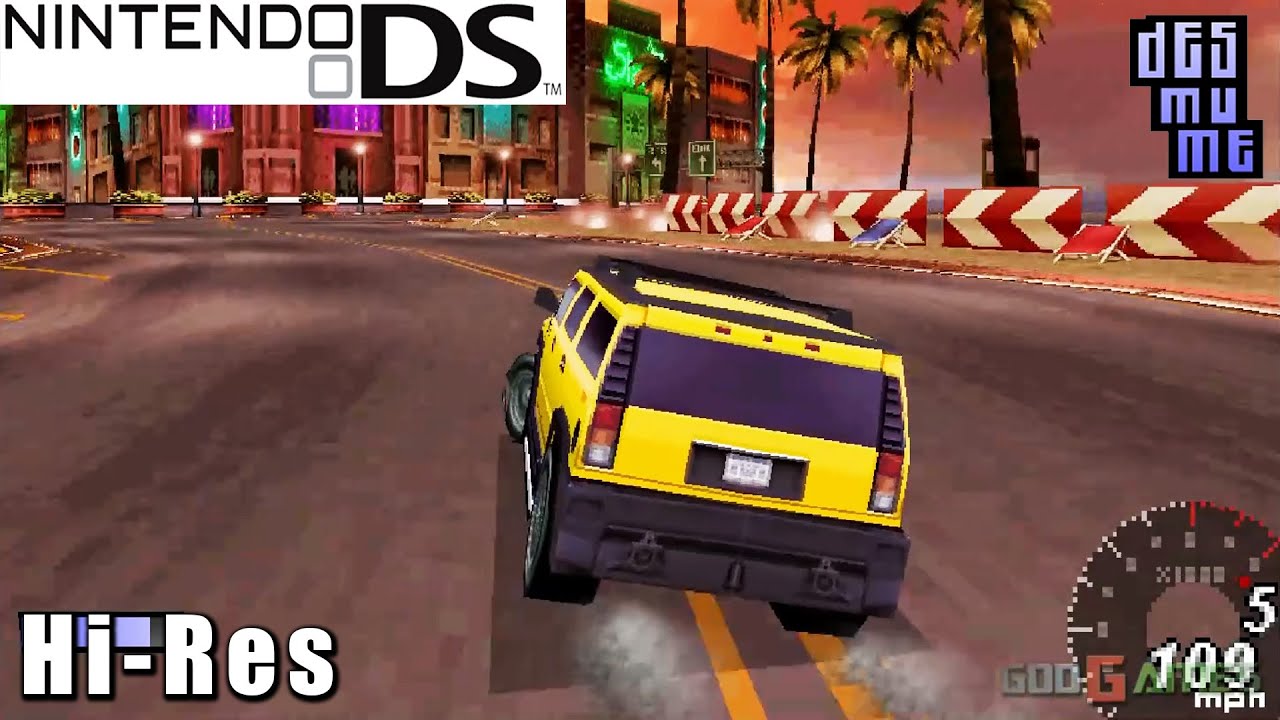 Visit us at for more

Asphalt Urban GT is a racing video game for the Nintendo DS and the Nokia N-Gage handheld video game consoles. It was developed by Gameloft and published by Ubisoft, and released on November 21, 2004, making it one of the DS launch titles. It has support for wireless multiplayer with up to four opponents, and takes advantage of the DS’s support for 3D graphics (while showing unaccelerated N-Gage’s power to match DS’s graphics), showing the action from three camera angles. Replays are also available. The bottom screen of the DS is utilized to provide strategic tips and player information.

The game sports nine tracks modelled after real-world locations such as Paris and New York City. The game’s 23 cars are licensed from real manufacturers such as Lamborghini, Hummer, Volkswagen, and others, and can be enhanced with over 30 addons.

Enhanced graphics with emulator DeSmuME.For recording I used a Live Gamer HD Capture Card (no FPS Drops).
-some games can have graphical issues, lags and other problems…